Previous axisymmetric investigations in two dimensions (2D) have shown that rings and gaps develop naturally in non-ideal magnetohydrodynamic disc–wind systems, especially in the presence of ambipolar diffusion. Here, we extend these 2D simulations to three dimensions (3D) and find that rings and gaps are still formed in the presence of a moderately strong ambipolar diffusion. The rings and gaps form from the same basic mechanism that was identified in the 2D simulations, namely, the redistribution of the poloidal magnetic flux relative to the disc material as a result of the reconnection of a sharply pinched poloidal magnetic field lines. Thus, the less dense gaps are more strongly magnetized with a large poloidal magnetic field compared to the less magnetized (dense) rings. The rings and gaps start out rather smoothly in 3D simulations that have axisymmetric initial conditions. Non-axisymmetric variations arise spontaneously at later times, but they do not grow to such an extent as to disrupt the rings and gaps. These disc substructures persist to the end of the simulations, lasting up to 3000 orbital periods at the inner edge of the simulated disc. The longevity of the perturbed yet still coherent rings make them attractive sites for trapping large grains that would otherwise be lost to rapid radial migration due to gas drag. As the ambipolar diffusivity decreases, both the disc and the wind become increasingly turbulent, driven by the magnetorotational instability, with tightly wound spiral arms becoming more prominent in the disc. 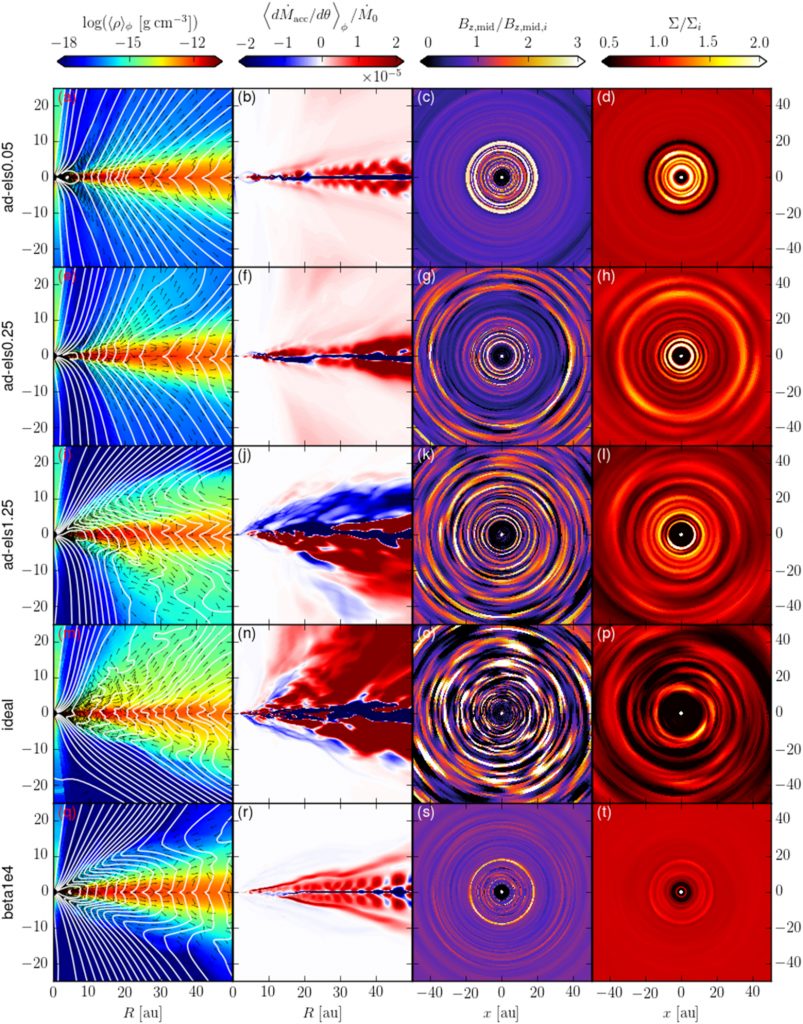