The formation of rotationally supported protostellar disks is suppressed in ideal MHD in non-turbulent cores with aligned magnetic fields and rotation axes. A promising way to resolve the “magnetic braking catastrophe” is through turbulence. The reason for the turbulence-enabled disk formation is usually attributed to the turbulence-induced magnetic reconnection, which is thought to reduce the magnetic flux accumulated in the disk-forming region. We advance an alternative interpretation, based on magnetic decoupling-triggered reconnection of severely pinched field lines close to the central protostar and turbulence-induced warping of the pseudodisk of Galli & Shu (1993). Such reconnection weakens the central split magnetic monopole that lies at the heart of the magnetic braking catastrophe under flux freezing. We show, through idealized numerical experiments, that the pseudodisk can be strongly warped, but not completely destroyed, by a subsonic or sonic turbulence. The warping decreases the rates of angular momentum removal from the pseudodisk by both magnetic torque and outflow, making it easier to form a rotationally supported disk. More importantly, the warping of the pseudodisk out of the disk-forming, equatorial plane greatly reduces the amount of magnetic flux threading the circumstellar, disk-forming region, further promoting disk formation. The beneficial effects of pseudodisk warping can also be achieved by a misalignment between the magnetic field and rotation axis. These two mechanisms of disk formation, enabled by turbulence and field-rotation misalignment respectively, are thus unified. 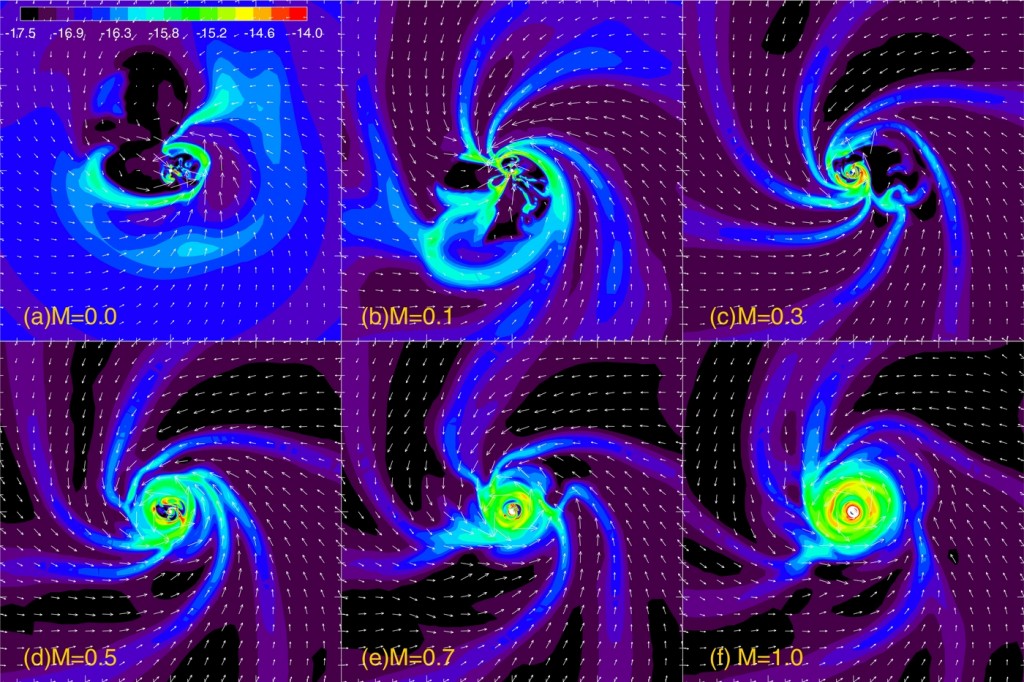 The effects of turbulence on the formation of rotationally supported disks: panels from (a) to (f) show models of different levels of turbulence from M = 0 (non-turbulent) to M = 1 (turbulent). Density distribution at close to equatorial plane is shown, at t = 8 × 1011 s. Models (a), (b), and (c) show no sign of rotationally supported disks; models (d) and (e) show transient disks; only model (f) shows persistent disk structure. 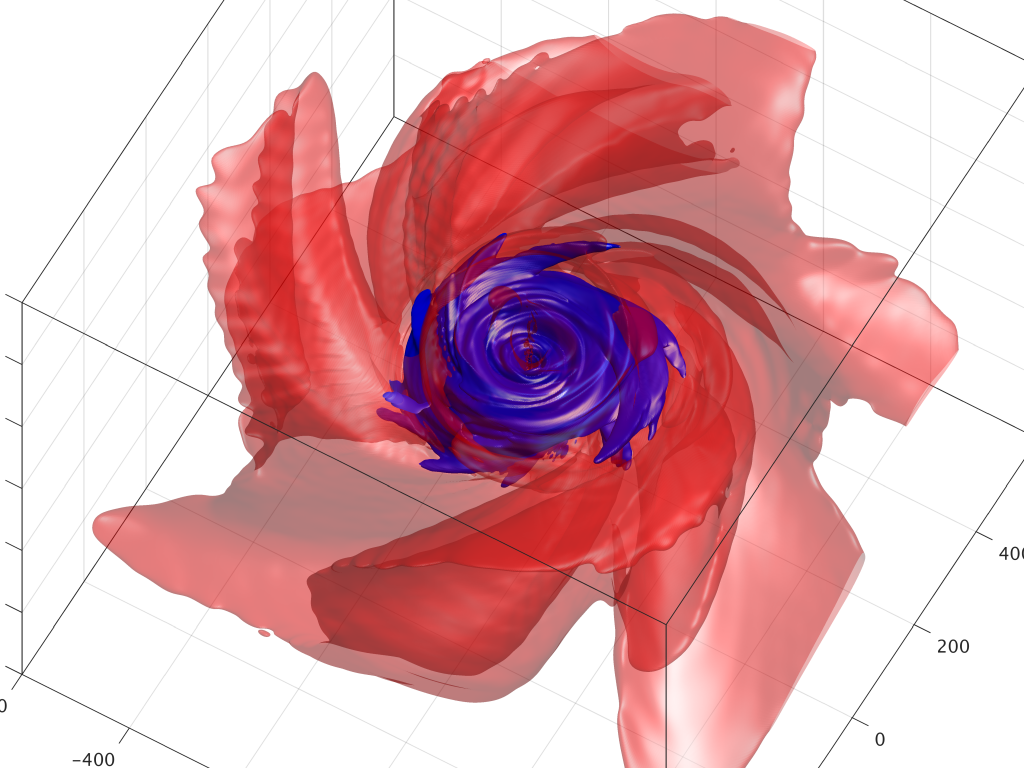 The structure of the warping pseudodisk and rotationally supported disk: close-in view of the turbulent model with persistent disk structure (f). The pseudodisk roughly corresponds to the red surfaces of ρ = 10−17 g cm−3 and the rotationally supported disk roughly corresponds to the blue surfaces of ρ = 10−16 g cm−3. The warping can be seen in the folded red surfaces. The representation time is t = 8 × 1011 s and the box is 1200 AU in size.

The side view of a magnetized collapsing cloud core is shown. The yellow lines are the magnetic field and the white arrows are velocities. Several reconnection events occur to enable accretion onto the central protostar.