A Unified Model for Bipolar Outflows from Young Stars

We develop a unified model for molecular outflows in star formation. The model incorporates essential features expected of the primary wind, which is thought to be driven magnetocentrifugally from close to the central stellar object, and the ambient core material shaped by anisotropic magnetic support. The primary wind is modeled as a toroidally magnetized fast outflow moving radially away from the origin, with an angle-dependent density distribution: a dense axial jet surrounded by a more tenuous wide-angle wind, as expected in the X-wind model. If dynamically significant magnetic fields are present, the star-forming core will settle faster along the field lines than across, forming a toroid-like structure. We approximate the structure with a singular isothermal toroid whose density distribution can be obtained analytically. The interaction of the laterally stratified wind and the ambient toroid is followed using the Zeus2D magnetohydrodynamics (MHD) code. We find that the lobes produced by the interaction resemble many systematics observed in molecular outflows from very young stars, ranging from Class 0 to I sources. In particular, both the dense axial jet and the wide-angle wind participate in the wind-ambient interaction. In our model, the jet- and wind-driven pictures of molecular outflows are unified. We discuss the observational implications of the unified picture, including the possibility of detecting the primary jet/wind directly. 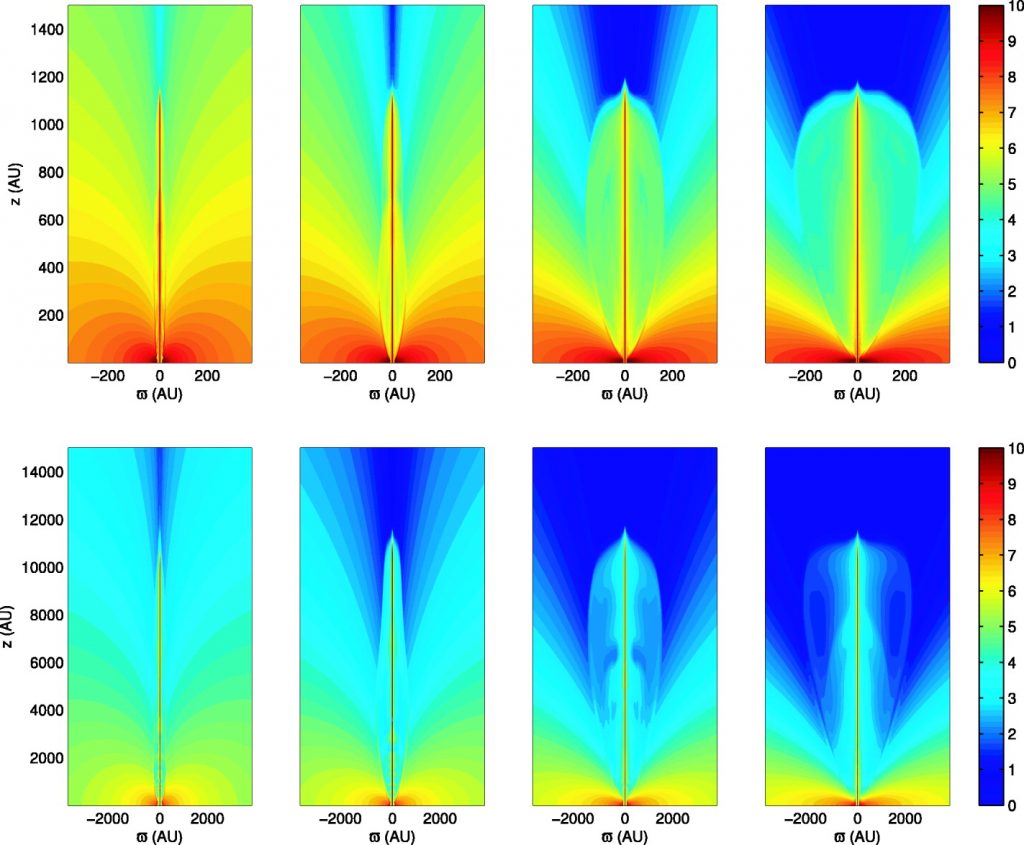 Snapshots of density structures at 100 (top) and 1000 (bottom) years for our standard choices of mass-loss rate (1 × 10–6 M⊙ yr–1) and Alfvén Mach number (6) for n = 1, 2, 4, and 6 (left to right). The color shows density variation in a logarithmic scale. The goal here is to illustrate how, for a given driving wind, the morphology and kinematics of molecular outflows change as the ambient medium is flattened more and more by a magnetic field of increasing strength. 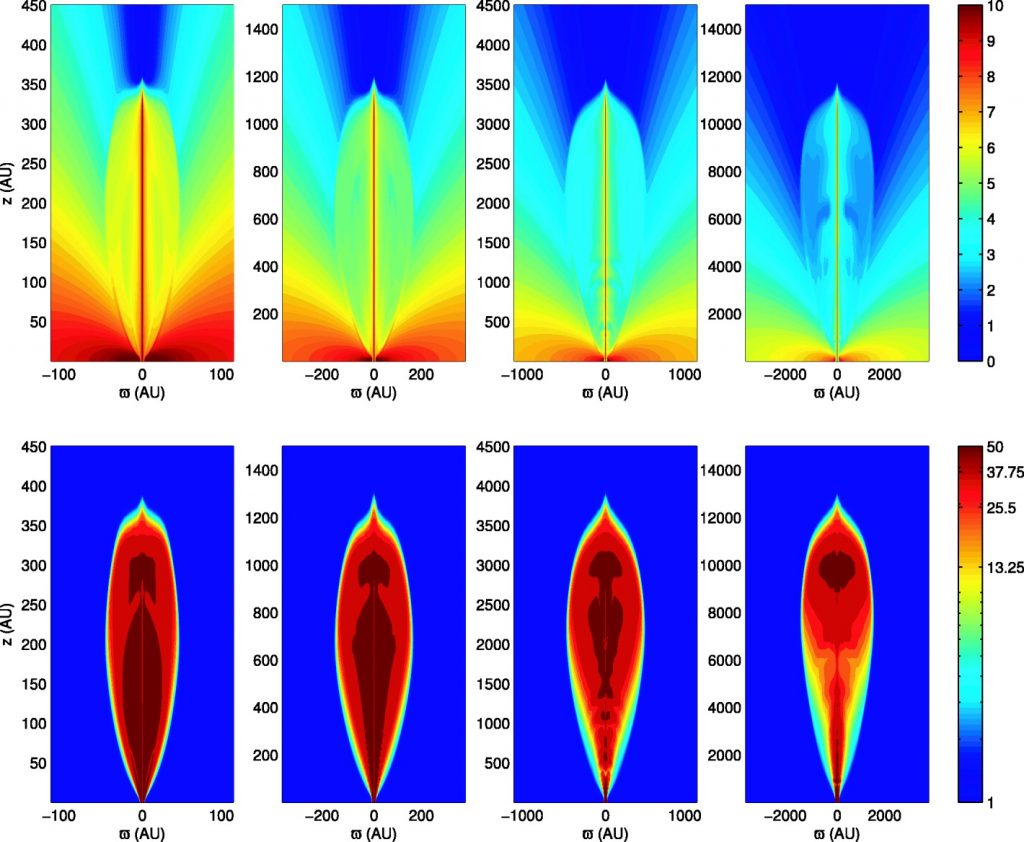 Snapshots of density (top) and velocity (bottom) structures for the n = 4 case at times 30, 100, 300, and 1000 years (left to right). The color shows density variation in a logarithmic scale, and the units for velocity are km s-1.